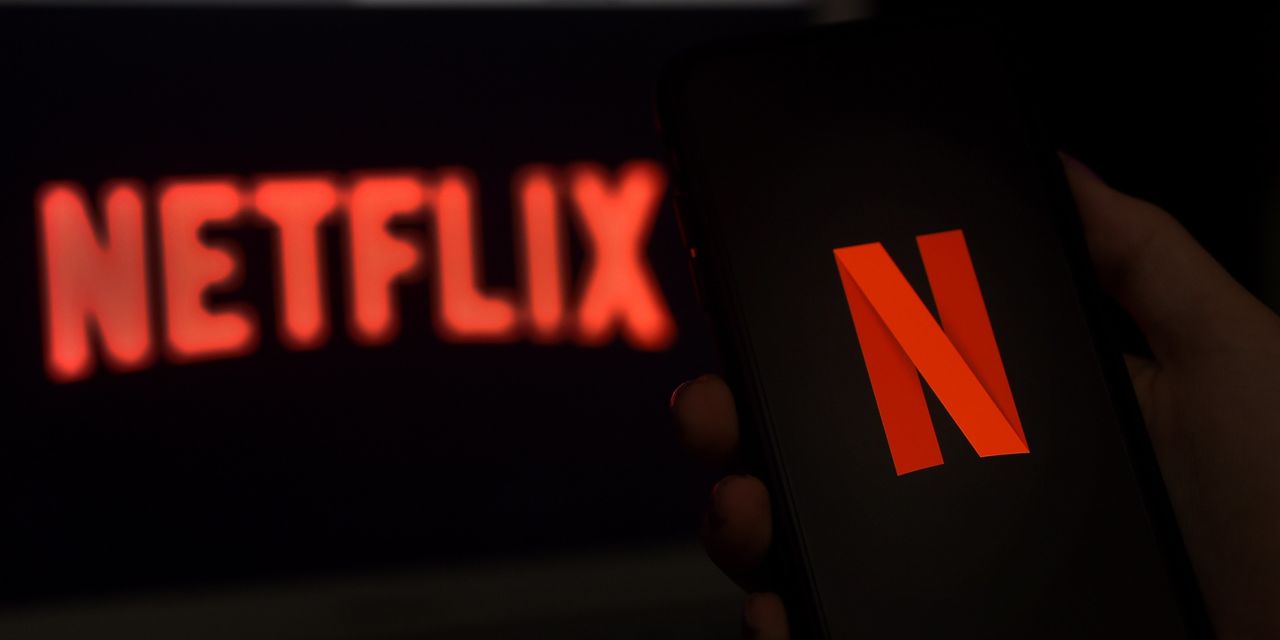 Netflix Inc.’s its expansion into videogames offers a tantalizing upside for the streaming pioneer, but also sets up a potential confrontation with Apple Inc.

“We view gaming as another new content category for us, similar to our expansion into original films, animation and unscripted TV,” Netflix executives said in a letter to shareholders Tuesday. “Games will be included in members’ Netflix subscription at no additional cost similar to films and series.”

In a discussion related to its second-quarter earnings report Tuesday, executives including co-Chief Executive Reed Hastings described the effort as part of Netflix’s core efforts.

“We really see this as an extension of our core product offering,” Netflix Chief Operating Officer Greg Peters added. He characterized the gaming push as a multiyear effort that will start “relatively small” and “continuously improve, based on what members tell us is working.”

Netflix sees a chance to differentiate its gaming experience, Peters added, around its vast library of intellectual property and will focus on mobile devices and TV set-top boxes.

“There is a rich opportunity to improve quality-of-game experience,” one that lets fans of Netflix’s original content “go further and put their [gaming] energies there.”

“We think mobile is a great platform — it is mature, with great tools, and a developer community,” Peters said during the 40-minute video call. “It checks all of those boxes.” Peters also indicated Netflix will license its gaming offerings.

Still, the move to create a new unit dedicated to making and distributing games, comes fraught with challenges. Chief among them: It could lead to a confrontation with Apple. Netflix could need approval from Apple to stream games in its mobile app on iPhones and iPads — Apple has required rivals like Microsoft Corp. Corp.
MSFT,

to have each game in a streaming platform approved individually.

In fact, a major component of Epic Games Inc.’s recent high-profile antitrust lawsuit against Apple is that the App Store has restrictions that aren’t tenable for some developers, creating a lopsided competitive landscape for Apple Arcade, a videogame subscription service available on iOS. Apple allows services that stream movies to offer them all in a single app, but forces services that stream games to separate each game for individual listing and review.

“I can use Netflix with a native app and I can see lots of different movies or TV shows or whatever. Is it that you didn’t want to use a subscription model?” a confused Judge Yvonne Gonzalez Rogers asked at one point during the three-week Apple-Epic trial in May.

testified about the technological hoops they were made to jump through, at Apple’s request. Lori Wright, vice president of business development at Microsoft, said the software giant spent four months discussing with Apple how to launch its xCloud service as a native app, only to claim Apple demanded Microsoft, Nvidia and others list cloud games as separate apps.

Submitting Xbox games one-by-one was too onerous, Wright said, forcing Microsoft to resort to making a web app. This not only represented a technological hurdle for Microsoft, she said, but also inconvenienced consumers. Users aren’t used to installing apps from the web on their iPhones.

An Nvidia executive, meanwhile, explained how it had tried to get its GeForce Now cloud gaming service into the App Store, but had faced the same restrictions as Microsoft. “There are less controls over the streaming, so you could argue in some ways it’s worse” than a native app, said Aashish Patel, Nvidia’s director of product management.

With games coming to the Netflix service in addition to movies and episodic series, the same restrictive scenario could unfold, setting the two streaming rivals on a collision course. Netflix will not charge for games, nor will it have microtransactions — the bane of many gamers.

Apple and Epic did not respond to email messages seeking comment on Netflix’s foray into gaming.

Netflix’s entry into gaming over the next year would also have a ripple effect on its overall business structure, calling into question how it distributes content and how much it charges subscribers, according to at least two financial analysts.

“One option/solution/path Netflix could take would be to segregate video games into the Premium tiers of service,” AB Bernstein analyst Todd Juenger said in a July 15 note. “For example, if you want videogames, maybe you need to subscribe to the Premium (4S) Plan. If you don’t want them, you can subscribe to the Basic (1S) or Standard (2S) Plan. That pricing strategy would require Netflix to deviate from a core product tenet they have so far held sacred, which is that all Netflix members have access to all content (that’s available in their market).”

“Another option Netflix could choose would be to characterize the games as ‘free-to-play,’ as for so many successful videogames,” Juenger wrote. “The trick here is to ensure subscribers who don’t want videogames believe that they really aren’t
‘paying’ for them.”

Morgan Stanley analyst Benjamin Swinburne offers even more cautionary words in a July 16 note. “The risks and points of caution reflect the lack of success other even larger consumer tech platforms have had despite significant effort and investment… To succeed in gaming will require a significant shift in resources and priorities for the company.”

Swinburne points to the struggles of Amazon.com Inc.
AMZN,

in expanding their cloud-based game distribution platforms, Luna and Stadia, respectively, because of “a lack of unique content offerings and technology limitations.”